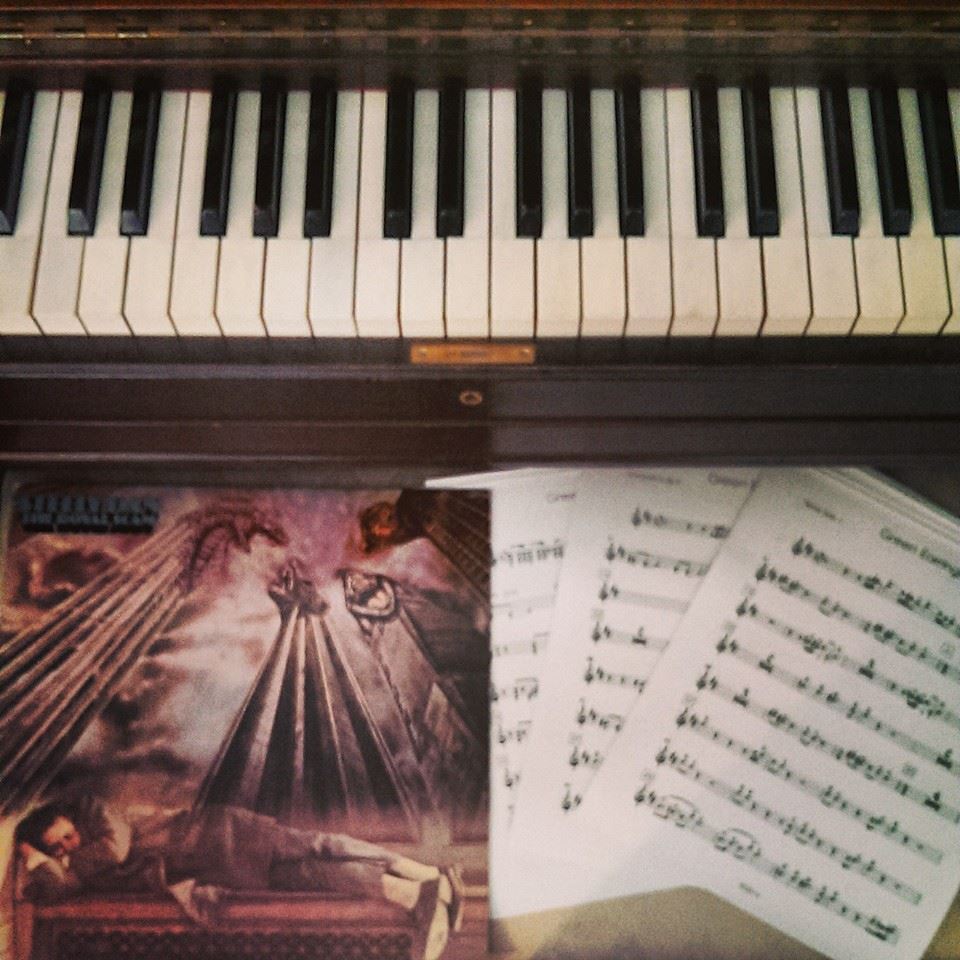 Recent article I was interviewed for in San Jose Mercury newspaper talking about upcoming events with Tommy Igoe Groove Conspiracy!

You get the feeling that keeping a secret is not Tommy Igoe’s strong suit.

The tall, lanky drummer is the leader of the 12-piece Groove Conspiracy, and whenever and wherever the group finds a home, word quickly spreads. It might have something to do with the fact that the Conspiracy has a reputation of being a combustible band brimming with fiery improvisers and brash arrangers unfettered by jazz big band conventions.

The initial New York iteration of Igoe’s band sneaked into Birdland one week, and before he knew it the ensemble was attracting standing room-only crowds on a weekly basis. When his wife landed a job at Google and they relocated to Marin three years ago, Igoe reconstituted the group with a Bay Area cast and found a niche at the Rrazz Room, infusing San Francisco’s top cabaret venue with his swaggering synthesis of jazz, funk, Latin and Brazilian rhythms.

When the Rrazz Room closed, Igoe quickly made the jump to Yoshi’s-San Francisco, where the band’s weekly residency became one of the ill-fated club’s most consistent draws. The Groove Conspiracy stayed at the venue during its shockingly brief incarnation as The Addition and, when that closed, made the leap across the bay, launching a new weekly residency at Yoshi’s in Oakland that starts next month.

“It’s very important to know what you’re good at, and I realized it by accident in New York. In the jazz community I’m able to set up camp and generate a phenomenal product that people want to see again and again,” says Igoe, who brings the Groove Conspiracy to Kuumbwa on Thursday. The band plays Yoshi’s on May 6, then starts a regular Thursday night run on May 28.

The son of the revered jazz and studio drummer Sonny Igoe, who toured with the likes of Benny Goodman and Woody Herman, Tommy Igoe got his start on the road at age 18 with the Glenn Miller Orchestra. Stints with Blood, Sweat & Tears, drummer Steve Jordan and pianist/composer Dave Grusin honed his versatility, though he became an international force by creating the drum part for Disney’s hugely popular Broadway production of “The Lion King.”

During his New York days, Igoe contributed to hundreds of recordings as a first-call studio player while also pouring his energy into education, producing instructional books and DVDs while teaching students privately (he still devotes 10 hours a week to private lessons). A magnet for talent, Igoe has built the Groove Conspiracy into a formidable act by turning the band into an arranger’s laboratory. The players are all top-notch, a requirement given that the band sight-reads new charts during the weekly gigs.

“Tommy has been so great about giving credit to the musicians doing arrangements and putting in all that extra time,” says East Bay trombonist/arranger Jeanne Geiger, a founding member of Igoe’s Bay Area band. “He puts a lot of trust in us. We have to write something that not only sounds good, but has to come in legible, clean and has all the info you need to sight-read it down onstage.”Some of the band’s best charts can be found on last year’s eponymous “The Tommy Igoe Groove Conspiracy,” which seems designed to showcase the band’s versatility. Igoe gets bored quickly, and every track stakes out different rhythmic territory, from funk and R&B to Cuban and Brazilian grooves. Trombonist John Gove’s arrangement of Joshua Redman’s tune “Jazz Crimes,” a tune from a time when the saxophone star was veering away from straight-ahead jazz syncopation, sounds like a forgotten track from Steely Dan’s “Aja.”

Igoe brings to the Groove Conspiracy to the Stanford Jazz Festival on July 11, and the SFJazz Center on Aug. 2 for a program devoted to the music of Steely Dan, featuring the band’s lead guitarist, Drew Zingg. Zingg is one of several high-profile special guests who have performed with the band, and with each one Igoe puts out a call for fresh arrangements (Geiger has contributed charts of Steely Dan’s “Green Earrings” and “My Old School”).

“We have a great core group of writers,” Igoe says. “Aaron Lington is such a pro. Mike Rinta and John Gove are fantastic, and Jeanne Geiger’s a great writer and arranger with great energy. They’re all amazing. People are constantly pitching me, and 99 percent doesn’t make it onto the stage.”

In concert the quality control is evident. It’s also the foundation of Igoe’s boundless ambition. He didn’t set out to lead a big band, but now he’s determined to let everyone in on the Groove Conspiracy, turning the band into a Bay Area brand “just like the San Francisco Symphony and Ballet,” he says. “We want to be your band. We want it to be a source of pride in the area, and I think we can become an important part of the cultural fabric.”